Whilst this information can be used to prevent risks to operators and machines it’s vital that full risk assessments are carried out by the end user as required by law. This is a guide to share information related to safety, Maxicam Ltd/Powell CNC accept no responsibility to the accuracy of the documentation contained within this section.

The CE mark is required for all new products which are subject to one or more of the European product safety Directives. It is a visible sign that the manufacturer of the product is declaring conformity with all of the Directives relating to that product. 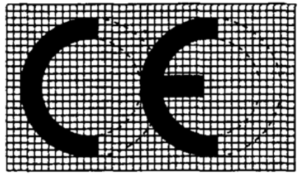 What does the CE mark mean ?

By affixing the CE mark the Responsible Person takes on responsibility for the conformity of the product. CE marking is a visible sign that the product complies with all relevant product supply law, and its presence together with the Declaration of Conformity gives the product to which it is affixed presumption of conformity with relevant product safety Directives. CE marked products are entitled to free movement throughout the European market (EU and EEA).

Suppliers who install work equipment and users should make reasonable checks of any new products looking for obvious defects. Also the suppliers should ensure that there are User Instructions and that these and warning decals are in English if for the UK market. Where the instructions are not in English the supplier must provide a translation in to English and supply this together with the original instructions. In most cases the Declaration of Conformity must be supplied to the end customer.

Provision of PPE
Suitable and sufficient PPE must be provided where there are risks to employees’ health and safety that cannot be adequately controlled by other means. The Approved Code of Practice to the Regulations clearly sets out what is meant by suitable; e.g. the PPE selected must give adequate control of the risk and must be of adequate quality.

Compatibility of PPE
If more than one item of PPE is needed, the equipment must be compatible and continue to control the risks when worn together. For example, goggles must still fit properly if a safety helmet has to be worn at the same time.

Assessment of PPE
PPE must be chosen that is correct for the hazards involved in a task and the circumstances of use.

Maintenance and replacement of PPE
PPE must be issued to the wearer clean and in good working order. There must be arrangements for its replacement, repair and cleaning as necessary.

Accommodation for PPE
PPE must be safely stored when not in use, to protect it from contamination, loss or damage.

Information, instruction and training
Workers must be trained and informed so that they can make effective use of their PPE.

Use of PPE
Employers must ensure that PPE provided is used as instructed. Supervision should be provided to ensure that the training and instructions are being followed.

All machines should be installed to the manufacturer’s specification with the correct services provided. This should include having sufficient extraction for the removal of chips and dust. Never modify a machine in any way unless you have first consulted with the manufacturer/supplier and received confirmation that the modification will not be detrimental to the safety/integrity of the machine. Each machine has its own characteristics and configuration which you should take into account when identifying the hazards and assessing the risks. You will need to consider the following hazards:

In detail Risk Assessment:
(PDF file that we made for Central Fans)

Computer Numerical Control (CNC) machine is operated by pre-programmed list of commands, which moves parts of the machine via electrical motors. Such precisely controlled moves allows for moving tool in working space with great precision (up to 0.02mm/500mm for wood routers). The constant speed and acceleration results in quality far more superior, to one from machines operated by human.

CNC is a vast family:

Namely, if machine moves in controlled way between points in the space and is operated by computer or computer program to achieve by this a goal – it is CNC machine.

Thanks to its high precision combined with speed, they became extremely popular in mass production industries. On the other hand, computerising manufacturing process made creating bespoke items of various shapes and forms easier than ever.

So what are the main components of the CNC machine in analogy to human body:

Dictionary of most common phrases:

Software to create geometry, that will be further cut out on the machine or saved as technical drawings.

Software that creates paths for tools in form of numerical code, G-code. The code will be later read by the machine to cut out the part.

Common name for the programming language that controls CNC machines

A specific type of G-code designed to call sub-programs from the memory of the machine, called Macros. They are designed to perform operations like tool changes, tool measure or referencing the machine.

Specially designed computer to control the machine and work with drives.

The controlled material-removal process with the machine, by using tools to scrap the surface of it.

A series of numerical instructions used by machine control unit to move the machine or its parts and perform specific task set by engineer who programmed it.

A smaller program that can be run inside main program. Usually used to perform specific tasks – like tool change between operations.

Imaginary line made by connecting points from part program, to represent the movement of the machine.

Usually, a horizontal axis from left to the right, when you look at the machine from the front. All movement left of a zero point is minus (-X), all movement right of the zero point is plus (+X).

Safety fence, also known as fixed guard, is the system that does not completely enclose a danger zone, but that prevents or reduces access to it due to its dimensions and its distance from this zone.

The Health and Safety Executive (HSE) estimates that inadequate machine guarding causes over 40,000 injuries every year. In order to prevent these incidents from happening, the HSE recommends that employers should “take effective measures to prevent access to dangerous parts of machinery”.

Regulation 11(1) of The Provision and Use of Work Equipment Regulations 1998 states: Every employer shall ensure that means are taken in accordance with paragraph (2) which are effective.

Emergency stop switches, generally referred to as E-Stops, are designed to provide safety of personnel and machinery in case of emergency situation. E-Stops is categorized as critical human machine interface device. It is different from simple stop switch, as it allows to rapid equipment shutdown, that later requires a twist, pull, or key to release electrical contacts to allow machinery restart.